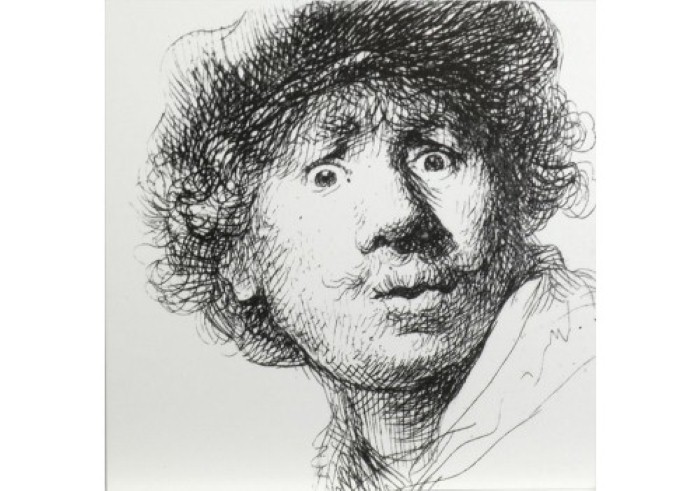 The Rijksmuseum appears to have a permanent deal on offer; for every generation that grows up, it organises one Rembrandt exhibition. Every twenty years or so, the old Master is broadly measured out by the museum. The Rijks’, already kind of obsessed with the painter on a regular day, then pulls out all the stops to prime the latest generation. Youngsters are set up for life with a dose of Rembrandt magic as if they’re hippies arriving at Woodstock. ‘Hey you Punks out there, welcome the visual Shakespeare of the Nether countries’, the Rijks said 23 years ago. And in 2015, the curators are calling all dudes and dudettes to come see what Holland’s prime piece of fine art real estate might convey to Millennials.

“Every generation has the opportunity to get re-acquainted with the Grand Master of the Golden Age,” confirms Wim Pijbes, chief director of the Rijksmuseum. It’s a great tradition which the ever hungry for all authentic experiences generation will no doubt snap up in a jiffy, rather than learning to appreciate as my very own punk one had to. Millennials are so perfect, they just do this.

It certainly can’t be for want of tech gimmickry accompanying the new Rembrandt frenzy, which draws attention to the latter days of the great man. And it also won’t be for a lack of imagination or empathy. Because, those very last years, Rembrandt was strapped for cash big time. But even as he suffered massive blows of a personal kind, he produced his very best works, stepping out of his comfort zone and taking artistic risks he had never taken before.

He played with light and dark, with shadows and light and managed to achieve emotional depth and intimacy that had been unprecedented. His many self portraits were painted in times that his debts achieved scary heights and at the time painting self portraits that was exactly the right thing to do, as selfies by important artists sold like hot cakes then. So don’t believe anyone who tries to tell you Rembrandt’s self portraits marked a time in his life that financial hardship had made him introspective – it’s baloney.

Rembrandt, incidentally, had landed himself in severe schtuck by years of not caring a dime about dosh, resulting in his having to apply for a cessio bonorum, or a voluntary surrender of effects to creditors, even the title of house – Hendrickje must have cried – as well as his large collection of prints by other artists.

So all members of this cash strapped generation will likely be able to level with the master to some degree. In any case, if they’re smart they will find themselves downloading the special Rijksmuseum App before they set off or risk having to pay a 5 euro rental fee in the museum for the multimedia tour entitled Late Rembrandt (it’s online as of February 1st 2015).

Absolute fanatics will indulge in a visit to the Rembrandt Huis too, the museum housed in the former residence of the artist, located at the square named after the painter. The Rembrandthuis’ exhibition happens to also have a retrospecive show, entitled Rembrandt: The master and his students.

Still hungry for more? Participate in a walking tour featuring places connected with Rembrandt by heading out to the Rijksmuseum ticket office and inquiring for the tools you need, or booking them at tourist information (VVV) stations.