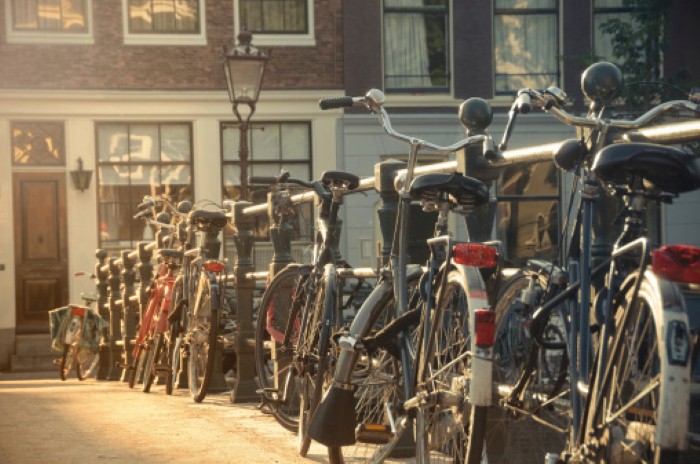 Strolling around in Amsterdam along the beautiful canals this winter is one thing, getting lost on purpose another, and finding your way back to your Amsterdam Apartment abode can turn out to be yet another thing altogether…

Asking the locals works most of the time but what do you do when you’ve been out clubbing and are certain your Amsterdam Apartment abode is only paces away yet can’t seem to retrace those very steps?

Getting lost in Amsterdam is part of the tourist experience. The canals with their oh so quaint houses could all look the same at some point. Plus they bend in all directions so you’re never really sure even when you’re not lost. But there are a couple of tricks you can use to navigate your way around in the centre of town. They are simple and if you master them, you will not need to rely on a map ever again.

The horse shoe
First off, picture the layout of Amsterdam. You will know that the city centre is wrapped around the famous horse shoe shaped canals. Remember this.

Alphabetic street names
Second, a little bit about the names of the three main canal lining streets. These names will be your main navigational aid; They all end in ‘gracht’, which translates into English as ‘canal’ (wholly unsatisfying to a Dutch person, but there’s no better word). I do not suggest you learn the full names off by heart if you only stay in Amsterdam for a short while, but that you merely remember that they are sequenced in alphabetical order from inner ring (nearest the central station) to outer ring.The name of the innermost street is Herengracht, the middle one is Keizersgracht and the furthest one out is Prinsengracht. HKP, an alphabetical ordering, see? Remember that when you are lost along one of the three streets (which look virtually identical so it ain’t your fault) and have no idea whether you’re headed toward the centre of town or further out.

East-west direction
There is another clever trick you can use to see if you are headed eastwards or westwards in the horseshoe; the very first part of the canal system to be built was the the western part. That means that if you’re strolling along Herengracht, Keizersgracht or Prinsengracht, you simply have to take note of the house numbers to know in which direction you’re headed; lower numbers are westwards and higher numbers are eastwards.

Four main squares
That’s pretty foolproof already, but to become even better versed in the Amsterdam street network, make sure you learn the locations of the main squares Dam (in front of the Central Station), Leidseplein, Rembrandtplein and Waterlooplein. Get to know how to get to these locations and you will be able to find your way easily by asking where something is in relation to them. I assume you already know that the Central Station is really the northernmost landmark in the city. Another general pointer is that street names in Amsterdam often change when you’ve crossed water.

Door to door app
In case you really are pressed for time and can’t try out your newfound roaming skills, download the door to door public transport app 9292. It’s recently been made available in English here. Punch in an address or postal code and the app will calculate walking distance, time spent on bus/train/tram/metro/ferry and guide you step by step.