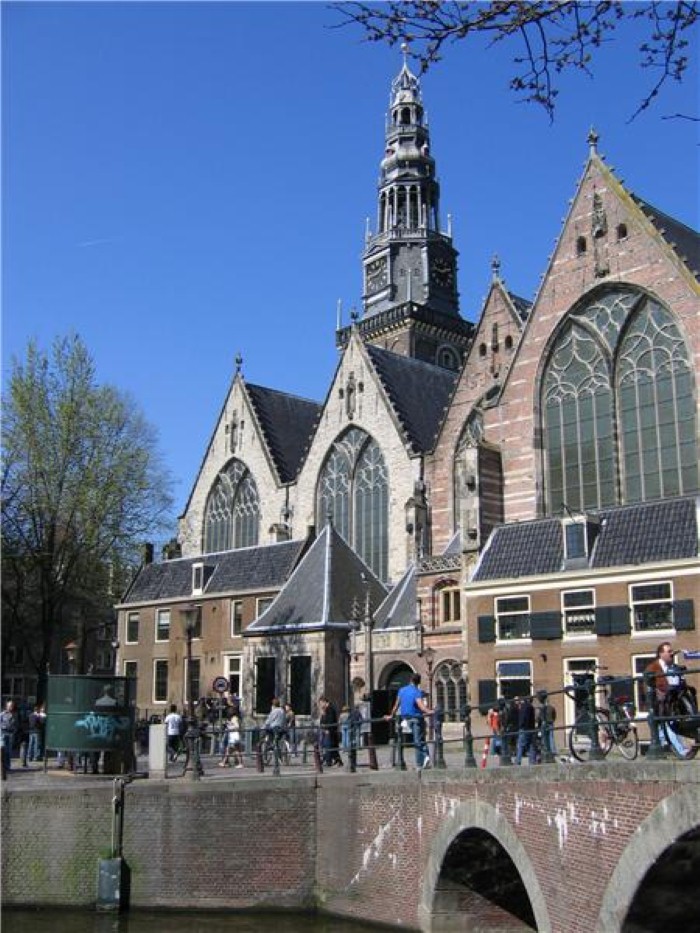 Amsterdam has its own Banksy. He goes by the name of Max Zorn, and unlike Banksy he’s quite open about his identity, even though his activities resemble those of the Bristolian legend. That’s no wonder. In Amsterdam, anything goes, except secrecy! Zorn re-creates masterful classic artworks and leaves them in public spaces with his name printed on them in big letters. He started out hanging his art on lamp posts across Amsterdam and, like Banksy, his fame has taken on international proportions.

Zorn uses layered packing tape to create his works. The reason this artist opts to dangle them from lamp posts is that they really come alive when they’re illuminated. Many of his exploits receive press attention, which sadly has frequently resulted in the destruction of the ingenious tapered paintings. But Zorn has fought back. He’s gone ‘legit’, invited other artists to join him in a project called ‘Sticking Together’ and the works sell like hot cakes. In case you live right next to a faceless building that could really do with a massive piece of (tape) art, fill out a form and place your request. Chances are Zorn will organise a bespoke art work, even if you live overseas. And when you’re visiting Amsterdam, you can check out Zorn’s latest work on this map here…

A fish made by Picasso
Right. So you would not necessarily expect to encounter a Picasso in a post about secret Amsterdam, but really, this is about the most ignored Picasso work on the planet. The sculpture happens to be placed right in the heart of the city, in the Vondelpark, but not a soul goes to see it… Locals call it The Fish even though no one seems to be sure whether that is actually its real title. But a fish it resembles and a Picasso it is. And the odd thing is that this fish has been lurking around in the Vondelpark since 1965! You find it by locating the south side of the dead centre of the park.

The illicit caress
The most secret artwork in Amsterdam perhaps, but it’s incredibly touching. It might have been a work that inspired Banksy, because this too was left anonymously, on the edge of the Red Light District, in 1993. The Amsterdam councillors had a meeting about it and decided it should stay as it was such an appropriate piece of street art. ‘What is it?’, I can hear you say. Well, the artist took up a bit of pavement and replaced it with an immovable bronze tile, depicting a boob being caressed by a man’s hand. The boob and the hand were chained together with a padlock, but the chain and padlock frequently disappear. There’s one rumour about the anonymous artist being a doctor, who’s known to have made works in this style and medium.

A funnier version of the same rumour is that he made it at the request of the former queen, Beatrix. That is highly inconceivable of course, but Amsterdam being Amsterdam and the former queen having had a stormy relationship with this city, it’s not surprising such a naughty story has emerged. The tile is placed right next to Oude kerk.