7 Tips to enjoy a godly meal out in Amsterdam 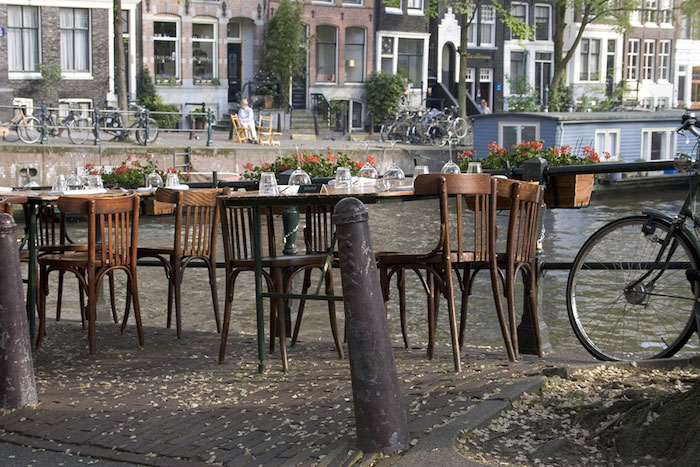 You can go on a culinary tour of the world in Amsterdam and spend weeks, if not months, before you arrive ‘back home’ again. There are many options to choose from! However, only a few maverick cooks at restaurants are active in the gastronomic jubilance spectrum.

To make sure your evening out is unforgettable, take note of a few pointers. This etiquette applies to most Amsterdam restaurants:

1 – Book beforehand
Even if you plan on going out to dinner late at night or early in the evening, it’s best to be safe and reserve a table. Virtually every local does this and it’s simply the way things work in Amsterdam. Anything to avoid that niggly feeling called confusion! Restaurant kitchens tend to close at ten pm and if the restaurant closes only at 11 pm you often still can get a foot in the door by… booking!

2 – We don’t like Mondays
Some, we would almost say, many, Amsterdam restaurants are closed on Mondays. Just check out the website of the restaurant of your choice to see it’s actually going to feed you. Or stroll to the restaurant and look up the opening hours on the spot; restaurants are required by law to indicate this in a window or on their front door.

3 – Tourist traps
If you want to avoid the throngs of tourists, steer well clear of Leidseplein and Rembrandtplein. Your best bet is to explore the many side streets in the old city centre or head out to the Jordaan, where you will find near-deserted, cosy little eateries by the dozen.

4 – Jeans and Tees
Dress code is informal in most restaurants, but that does not mean that you can turn up looking very under dressed. The Netherlands is big on casual dress (jeans to work is completely acceptable), but that is only because people generally take extreme care of their appearance. Do not expect to be seated in a five star restaurant wearing only a bikini top in summer…

5 – Smoking
Like in all other European countries, restaurants and cafe’s in Amsterdam are faced with a smoking ban. Damn! But do not despair completely…there are a few restaurants which ignore the ban. Really. Look on SmokingBars.nl if you want to re-live those fab 90s times.

6 – How much?
Locals, who do not ever like to be confused, naturally want to know exactly how much they pay for a meal before they get into the door. So most restaurants will display their menu in the window or a paneled frame. Expect to pay around £80 for a meal in a high-end restaurant. Budget meals can work out cheaper, in the £45 range.

7 – Tipping
A ‘tip’ is ‘fooi’ (pronounced ‘foy’ with a long ‘o’). Most people leave a tip of around ten percent on the table after their meal. Give the poor staff a break and round it up to fivers. It is customary for Dutch waiters to come up to your table at the end of your meal and ask ‘En, heeft het gesmaakt?’, which sounds classy in Dutch, but in English merely translates as ‘Was everything to your wishes?’ You might wave your hand at your ear (palm faced ear-wards) in response. The hand gesture is a universal code among the Dutch for ‘absolutely delicious’. Do not expect the Dutch waiter to be too surprised that you even know about this gesture; it is so common in the Netherlands that most Dutch people will assume other nations also madly wave at their ears with their hands in appreciation of tasty dishes. And no. It’s definitely not a joke.